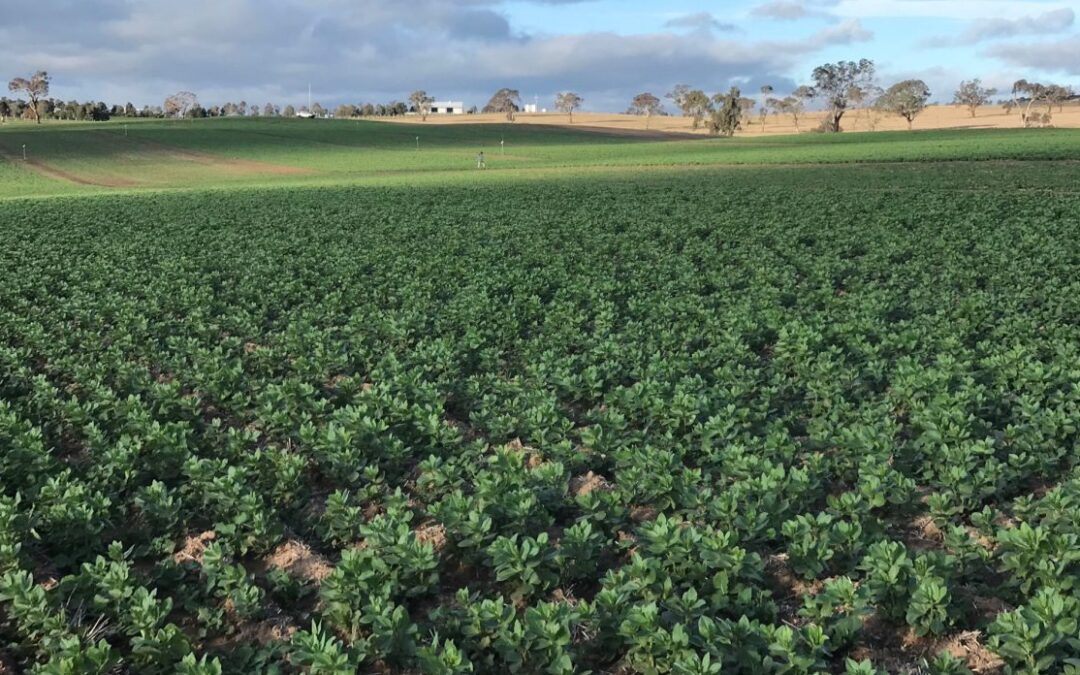 PROMPT prices for Australian lentils have dropped around 10 per cent in the past month as Canadian exporters offer new-crop cargoes at competitive prices.

Trade in current-crop chickpeas remains thin and depressed, but new-crop trade is starting to shape up as the market comes to terms with the small crop in the ground this year.

In the absence of bulk export demand, domestic feedmillers are the major buyers for prompt faba beans and field peas, and the last of the current-crop mungbean business is being priced at slightly firmer levels.

Traders are quoting top-grade chickpeas for prompt delivery to Down packers at around $480 per tonne,  with downgraded chickpeas at close to $440/t, both above the $400/t mark for the first time in months.

Values appear to be firming as the realisation of a tiny crop in the ground in NSW filters through to containerised markets, particularly Pakistan.

Robinson Grain general manager Adam Robinson said the closure of the Blue Mountains rail line means product packed at its Dubbo facility will be delayed in its passage to Sydney’s Port Botany as a result of the rain-related impacts on the NSW rail network.

“It’s probably going to be another month or two on execution, which will take us almost to new crop,” Mr Robinson said.

“Logistics is getting harder, not easier.”

At Moree, independent agronomist Rob Holmes said there has been a major reduction in the area planted to chickpeas this year.

Mr Holmes said stocks held on farm from last year’s harvest have been the major driver of the cut to chickpea area.

“Quite a few clients have a fair proportion of last year’s chickpeas still on farm, and they don’t want to add to that,” Mr Holmes said.

“Some aren’t growing any chickpeas at all and some are growing their normal complement, but the majority have significantly reduced their chickpea area,” Mr Holmes said.

Rain in May in the midst of wheat planting would normally push more area into chickpeas, but Mr Holmes said the reverse has been seen this year.

“There should be more chickpeas and less wheat given the season, but it’s the opposite this year.”

“What didn’t get planted is being fallowed either for the next summer crop, or for next year’s winter crop.”

Current crop fabas beans delivered Melbourne and Adelaide are quoted this week at around $500/t, down $10-$20/t from mid-June, to reflect reduced export demand.

“Egypt looks like they have bought a bit more than they need; it’s hard to quote prices as the market is not really trading,” Agri-Oz Exports managing director Francois Darcas said.

Domestic feed millers are still buying reasonable amount of fabas in NSW, Victoria and South Australia, and growers stocks are thought to be low ahead of new crop.

Canada is offering new-crop field peas in volume which has reduced China’s demand for Australian product, and any new business on Australian faba beans and field peas is predominantly heading into the domestic stockfeed market.

Fabas delivered to up-country feedmills have been trading this week at $450-$460/t.

Area planted to faba beans in Queensland and northern NSW is tipped to be well up on average, and the condition of crops in NSW, Queensland, South Australia and Victoria is generally average to very good.

The market delivered up-country packer is trading at around $810/t, down from $920/t in mid-June.

Australian Grain Exports trader Will Alexander said the drop reflects Canadian exporters coming to the market with the kind of new-crop volume they were not able to offer last year because of the drought-reduced crop.

“Canada’s production will be well up on last year, and Canadian traders are aggressively pushing new-crop out the door,” Mr Alexander said.

While Australian growers still have considerable current-crop tonnage left to price, and what looks like another big crop coming, Mr Alexander said trade was thin.

“We’ve exported 100,000t a month since the start of harvest, and there are still lentils out there.”

“Bulk has come to an end at the moment.”

Apart from small areas of late crop being harvested in Central Queensland, the majority of Australia’s mungbean crop has either been exported or is in the hands of container packers.

Prices for mungbeans have firmed to more than $1200/t for graded processing-grade product but unpriced tonnage remains thin, with China still in the market.

The Australian Mungbean Association recently estimated Australia would export around 90,000-100,000t of mungbeans from this year’s harvest.

Bean Growers Australia CEO and export manager Lloyd Neilsen said a significant chunk of the crop was harvested prior to the second back-to-back rain event, and underlying quality has helped to keep it in demand.

“We probably had around 40pc processing quality come in, and even our manufacturing quality was quite good.

“The size of the Australian mungbean is good, so it can be used as either a whole bean or a large split product.”

Mr Neilsen said a small area of mungbean crops were so severely rain damaged that growers have opted to feed them to their own cattle.