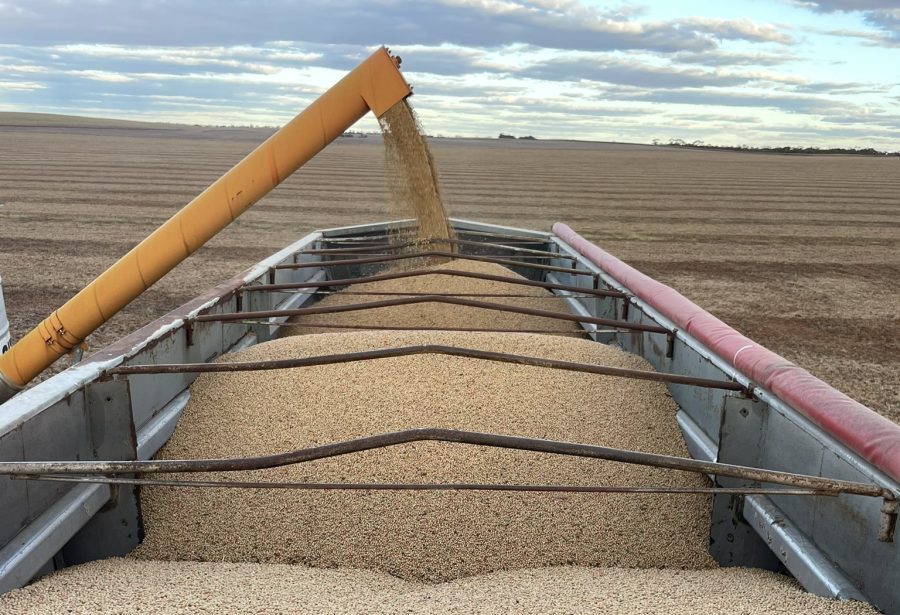 SOUTHERN Australia’s lentil harvest has advanced rapidly in the past month and better-than-expected yields are putting supply-side pressure on prices.

Faba beans are finding little love in the export market but are in solid demand from domestic stockfeed millers, while bulk chickpea business has dropped off now that Bangladeshi buying for pre-Ramadan delivery has wound down.

Mungbean planting is yet to start in earnest in Queensland, and many growers are waiting for rain to wet the topsoil.

A bulk-export program to Bangladesh has absorbed most of the better-quality chickpeas harvested in recent months, while finance problems at destination have limited volume into container markets.

Up to five cargoes of around 20,000-30,000t each are expected to arrive in Bangladesh from Queensland ports ahead of Ramadan next month, with two already shipped.

Trade sources report the market is otherwise in the doldrums.

Grain Trend director Sanjiv Dubey said raising US dollars to pay for containerised deliveries remains a problem for buyers in Pakistan in particular, and trade has thinned.

While business is still being written, Australian exporters are being cautious to minimise their exposure to counterparties struggling to open letters of credit.

This is despite food being a priority for Pakistan’s central bank for international payments.

“We have had instances where it has taken close to two months.

“Normally there are five days to show the bill of loading, and if you can’t take it in five days, demurrage starts ticking, and it really mounts up.”

A wet and drawn-out growing season impacted chickpea grades and volume in every growing area, with Central Queensland (CQ) producing the best-quality seed, and New South Wales the least by volume and proportion.

“New South Wales has been a disaster.”

Pulse Australia agronomist Paul McIntosh said some chickpea yields in CQ of up to 3t per hectare and more in places have created the state’s volume and quality.

Flooding and abandonment of crops due to disease and uneconomically low yield prospects in NSW is likely to drag the figure closer to 200,000ha.

“How much was harvested we don’t know.”

“Yields were very low, and quality was not very good,” Mr Darcas said.

The result has been more faba beans going into the No. 2 and 3 grades than into No. 1.

Offsetting the Victorian difficulties has been South Australia, where yields have been above average, and quality has been good.

“I think the higher yields in SA have compensated for a good part of what was lost in Victoria.”

Mr Darcas said export demand was “very poor”, with Egypt, like Pakistan and Bangladesh, being very short on US-dollar reserves.

Healthy domestic demand has supported prices as stockfeed millers look to fabas to supply some of the protein missing in this year’s washed-out cereal crop.

“Feed demand in Victoria is paying much better than export.”

Also supporting prices is limited selling from growers, who have left their faba beans until last in this drawn-out harvest and are marketing other commodities bid at more attractive rates.

ETG trader Todd Krahe said faba yield and quality has been “a mixed bag” based on the impact of disease.

“Growers that spent money on fungicide have done OK but some crops that didn’t get the sprays aren’t worth harvesting.”

“Once they’re ripe, they’re right to leave in the paddock so they get left to last to harvest.”

Reliable demand from the domestic stockfeed sector has also taken the urgency out of grower marketing.

“They’re by far the cheapest protein when it comes to stockfeed.”

Combined, both states could produce around 1 million tonnes of lentils.

At least half the crop is on track to make No. 1 grade.

“The lentil market is falling with the realisation that the Vic crop is actually not that bad,” Mr Darcas said.

The lentil harvest is running up to four weeks late due to the mild and wet growing season, and Mr Krahe said the welcome arrival of hot weather in late December has sped up activity.

“It’s progressed quite a bit in the past 10 days, although some are yet to strike a blow in wheat or lentils; we should be all done and dusted in two weeks’ time, or maybe three.”

The Wimmera as Australia’s latest lentil area has normally completed its harvest by Christmas.

Mr Krahe said quality has improved as harvest has progressed.

“Now 80pc of what’s coming in is No. 1s, but early on the far northern regions were very poor quality because rain went through when crops were ripe.

“As we’ve come south, the quality has improved.”

Prices have bounced around based on ideas of crop size which varied from “huge” until spring got excessively wet, to severely reduced by disease and waterlogging.

“The crop’s bigger than we expected…when it got too wet.”

He said yields have varied from the normal 2t/ha to more than 4/t/ha.

“That’s phenomenal, when 20pc might have been wiped out due to flooding in some paddocks.”

Changes in pricing over the past two months on a delivered Wimmera packer basis reflect ideas of the crop’s size.

India as Australia’s biggest lentil market is in a better financial position than its neighbours, and the India-Australia Free Trade Agreement announced in November is underpinning confidence in doing business.

“We are seeing some reasonable interest into India, but there are a lot of $US issues with Egypt, Bangladesh and Pakistan.

“It’s not to say we can’t do business, but you have to be careful.”

Very few mungbeans have been planted in NSW and Queensland to date, with most growers in need of rain to wet the topsoil and allow planting into a full subsoil-moisture profile created by last year’s successive rains.

“It’s been a bit dry, and most people desperately want some rain,” Mr McIntosh said.

“There are a few paddocks in in CQ but the second half of January and into February is good for the Central Highlands.”

While NSW was shaping up for a record mungbean area on paper after flooding rain in November, Mr McIntosh said topsoil being dry into mid-summer has tempered planting ideas.

He said industry was expecting a roughly average area of 100,000ha in total to be planted across NSW and Queensland.

“There was a push on to grow a lot in NSW because of all the moisture…but the top two inches are as dry as a chip unless you were lucky enough to get some storm rain.

“We all want a bit of planting rain for summer crops.”

AMPS Moree-based agronomist Tony Lockrey said the early-planted crop in the wider Moree region is progressing well after getting timely rain around Christmas.

“The later crop has only just gone in…and area is down on where (growers) were thinking.”